11 by mikeh
Thanks again, Ross. That was a nice article indeed. I was also impressed by the edition of Shakespeare that he cited, 1969, never reprinted or online that I can find (Penguin got a different editor for their next edition). Must be a favorite of his. The old single-work Pelican paperbacks in that series were my introduction to Shakespeare. I hadn't known there was a one-volume edition.

What I was interested in was who these painters, goldsmiths, etc. might have been, in 1409, if there was any truth to the story, and whether we can draw any conclusions from the work about Scheggia's and others' relationship to some circle around Brunelleschi in 1440 or earlier, or he is simply trying to add to the realism by citing famous people known to have some connection, however tenuous, to Brunelleschi. Scheggia, of course, was Masaccio's brother, and we know quite clearly Masaccio's dependence on Brunelleschi. I found it interesting that he did not cite dal Ponte. It has always seemed to me that dal Ponte's art does not reflect the Brunelleschi-inspired movement. The painters he cites clearly do. In that respect the Rothschild Emperor card is a whole era away from the Charles VI Emperor, not in its use of perspective but in its disinterest in creating the illusion of reality.

I was looking to find clues in Battisti's article that Brunelleschi et al would have known our game. There is to be sure Dante, but what they are interested in is Dante's architecture, so to speak, or, which comes to the same thing, the Divine Comedy's geography: they want to map the places of the journey. If so, that very much relates to the five cards between Devil and Sun: going from the lowest point, Satan, to the mountain of Purgatory, with its fire on top, and then the spheres of the heavens, connecting to the World, which in Pesellino and the Mantegna's "Prima Causa" depiction is the cosmos: the Greek word corresponding to the Latin Mundus. That fits one of my theories about those five cards, linking Death with World by means of Dante, which is also the medieval geography of the universe. I can't see how their interest in Dante relates to any of the other cards.

Another point of comparison between Battisti and the tarot is the structure of the poems they write to each other, namely, the sonnet. That is a form associated most closely with Petrarch rather than Dante. Not only that, the schema of two quatrains plus two tercets fits my breakdown of the structure of the 14 cards of the tarot as I hypothesize its being in earlier times, among the originators at least, that is to say, 4 imperatori, 4 virtues, and 6 Petrarchans, in that order, where the Petrarchans themselves break down into 3 and 3, three good and three bad, or alternatively three up to and including Death and three after. Not only that, but the traditional rhyme scheme ABABABAB CDCDCD divides into 8 plus 6, the 8 of "VIII Imperatori" and the 6 of Petrarch. Constructing a sonnet, in particular the use of the rhyme-words, is in that respect like utilizing your triumphs to construct the playing out of a hand.

It is then of possible interest that Burchiello's sonnet is different, adding another tercet to the previous 14. Well, that would correspond to the theological virtues, in the slightly different deck referred to in his poem with the word "minchiatar" in it (along with "trionfi" two lines later). It would have the addition of the Bagatello or Fool, I presume, substituting for the Popess.

Well, that's all I see, but of course all from my perspective. As Brunelleschi and Copernicus (and perhaps Toscanelli, with the map he sent Columbus) teach us, there is more than one.

I might have access to ProQuest, if you have a link to Jayne via it. I don't see it on WorldCat.

I've got this little book now. 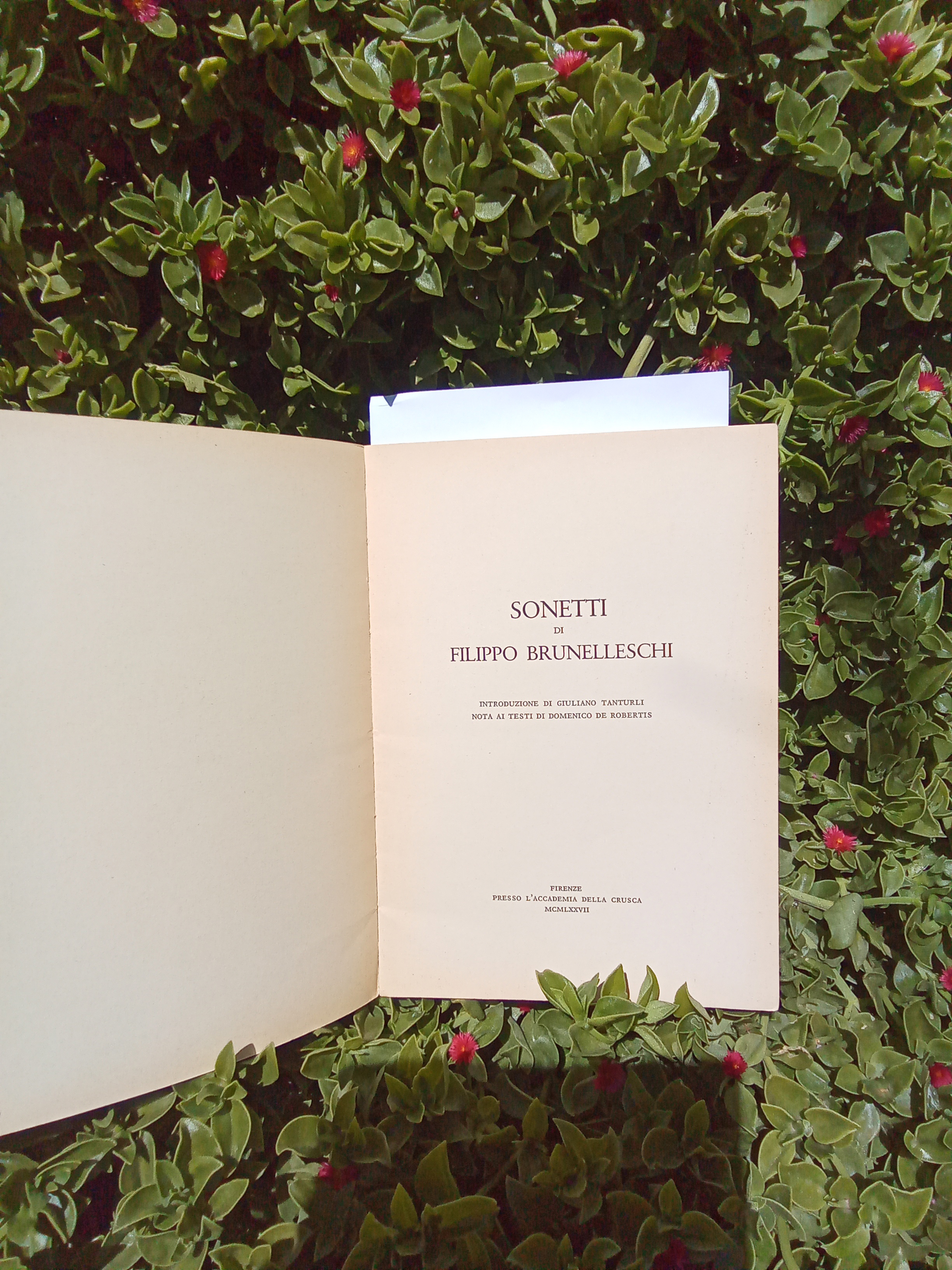 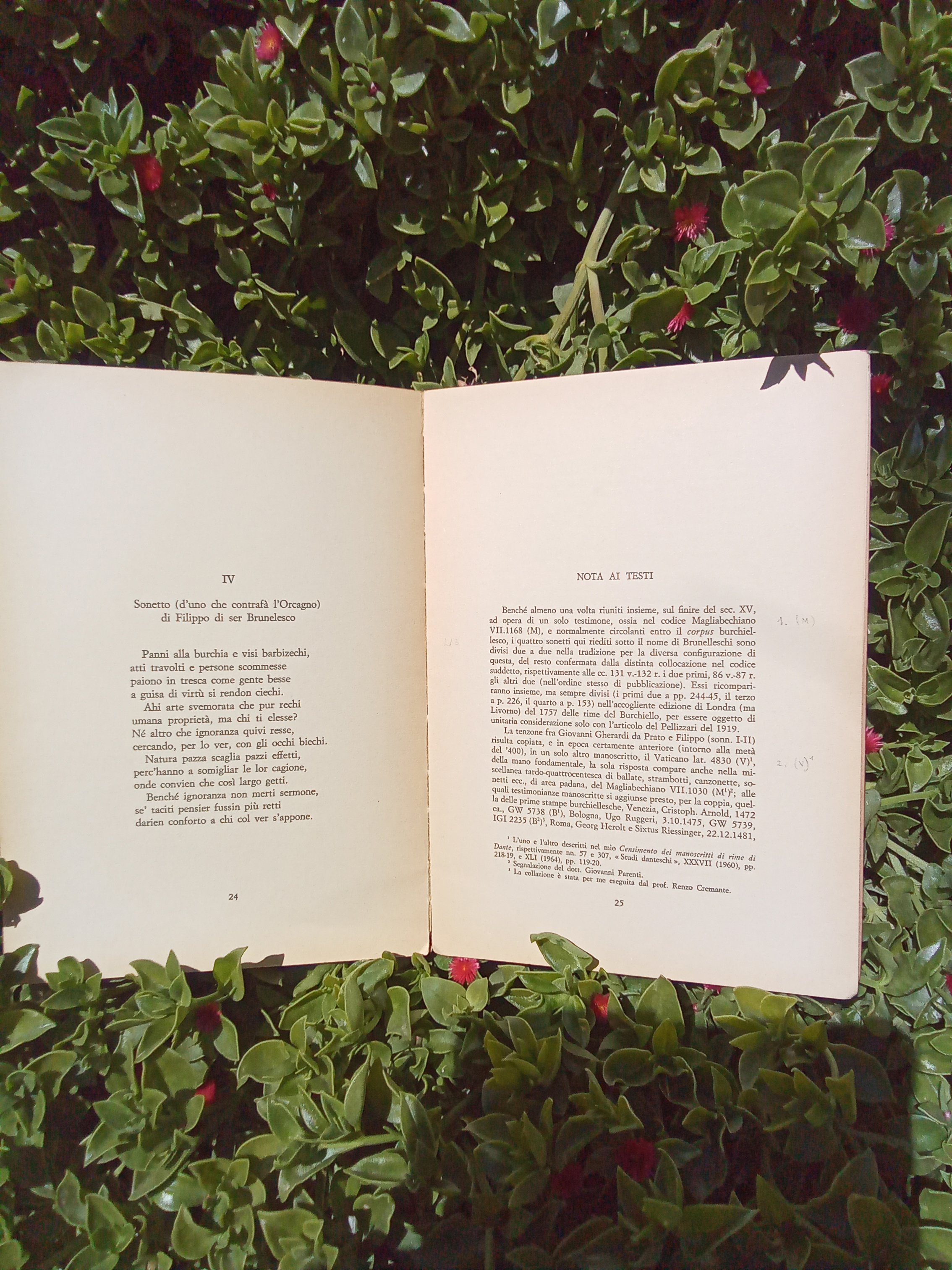