1 by chalimacos
The restoration of the Ottone tarot published as Spanish Tarot by Fournier seems to keep some elements that can be traced back to the Sforza Castle cards. Notice in these cards the two circles in the front of the horse and the rhomboid pattern on the knee of the rider.

The other decks in the Tarot de Marseille tradition, as far as I know, have only one circle in the horse. Could the prototype of the Ottone be a lost and very old pattern? In that case, Fournier or someone with access to the deck should publish photos of the original for the sake of research. I think only five cards have been published in the other big tarot forum.
chalimacos
chalimacos

2 by chalimacos
More similarities between Sforza Castle and Ottone:

welcome to the Forum.

Giuseppe Ottone is counted as Piedmontese cardmaker from 1736 ...

Here are some other early Piedmontese cards.
http://i-p-c-s.org/pattern/ps-30.html 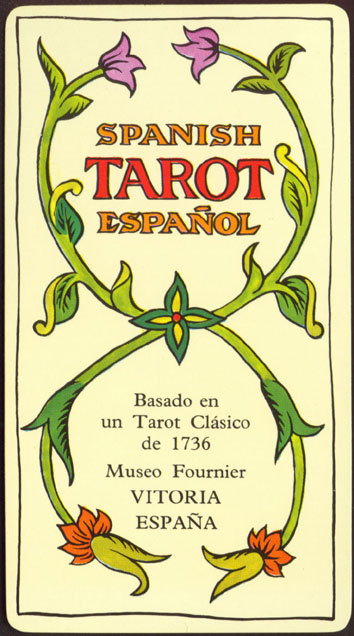 The Sforza castle cards are from different decks. One of the cards leads to the year 1499. Other cards might be much later. A deck of Piedmont wouldn't be a surprise, if it appears in Milan. However, the 5 cards of the deck with the knight of swords is given to Bologna cause "Al Soldato" at the backside and to the 18th century.

The report about the cards was done in 1908.
F.Novati, "Per la storia delle carte da giuoco in Italia" in Il libro e la stampa (1908) 54-69.", following a shorter report in the same year.
Kaplan's notes were made according Dummett's report in 1981. Here are some snippets from this article:

4 by chalimacos
Thanks for the detailed and informative answer, Huck. That explains the mystery. Still, it would be nice to have access to the full Ottone deck, especially to some of the majors that are also in Sforza Castle.

chalimacos wrote:Thanks for the detailed and informative answer, Huck. That explains the mystery. Still, it would be nice to have access to the full Ottone deck, especially to some of the majors that are also in Sforza Castle.

I don't know, who has the Ottone deck, which was reproduced by Fournier. Hasn't Fournier a playing card museum?
http://en.wikipedia.org/wiki/Naipes_Heraclio_Fournier
Shouldn't one suspect, that the reproduced deck was in the possession of the Museum?

Or do you have better information?

"By the second quarter of the century [18th] this earliest form of the Tarocco Piemontese was being made in Piedmont itself; the earliest example known to me is one by Giuseppe Ottone of Serravalle made in 1736 and now in the Museo de Naipes Fournier in Vitoria."(GT 196.)

... which likely goes back to the collection of Michael Hurst and to GT = Game of Tarot by Dummett 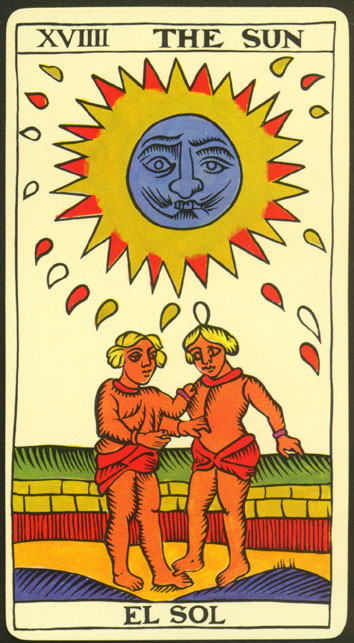 Is this identical to the edition of 1975?
Huck
http://trionfi.com