91 by Huck
Franco Pratesi wrote already in 1992 about cards in Palermo
http://trionfi.com/palermo-playing-cards-documents
Franco Pratesi about 10 years ago detected an article of a Sicilian magazine "Kalós" from the year 2002 about old playing cards in Sicily.
http://trionfi.com/kalos-tarocco-siciliano
Then an older story about the first Tarocchi cards in Sicily reigned, according which Francesco Gaetani, Duke of Sermoneta, arrived in Sicily as Viceroy in 1663 and had installed the game there.

The Kalós article from Franco moved the idea of a first Tarocchi in Sicily to 1630. 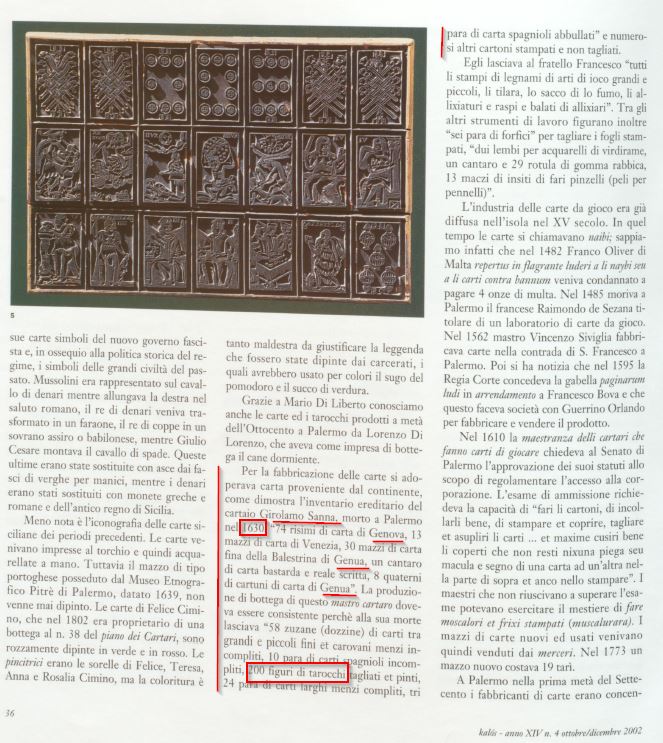 That's a part of the Kalos article and the passage, which informed us, that the playing card trader Girolamo Sanno had Tarocchi cards in 1630. It also reports, that the cartaro had also various other cards from Genova.

About 2015/2016 came up the discussion of the Ursino cards to Sicily and a new Empress card detected in Palermo, likely imported during 5th century.
viewtopic.php?t=1112#p17317 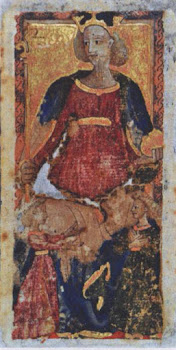