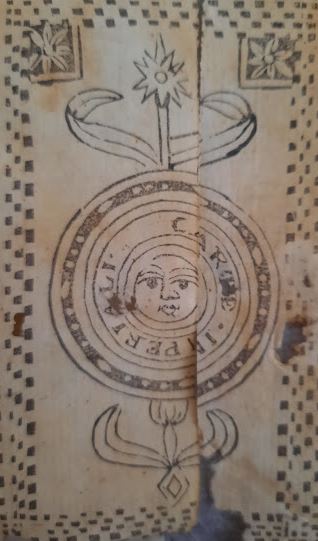 I've problems with this one ...


I still have problems attaching photos. The only back there is this :
https://photos.google.com/photo/AF1QipP ... x0uC3NydTq

you have already seen it is always LE MAT

52 by Huck
Ah, now I understand, you cannot see the backs, cause the cards are fixed on the book-binding.

What interests me. Do have an idea, why the modern city Imperia was called Imperia ... is there any old historic connection, which made this choice plausible?
Huck
http://trionfi.com
rosele
rosele

What interests me. Do have an idea, why the modern city Imperia was called Imperia ... is there any old historic connection, which made this choice plausible?

I live near Milan but I know that the city is named after the fascist period, they chose this name for the river that passes IMPERO,it is made up of two united cities S. Maurizio and Oneglia, divided by the bridge that passes over the IMPERO river.

The playng card are beautiful but these "imperial" is refer to the time we say of return to the cult of ancient Roman art had in Italy in the years of government of Mussolini, what is also called "littorio period". At Finale Ligure they could refer to the Austric Empire, since at the end of the fifteenth century the marquisate of Finale was sold to the King of Spain, and for centuries the Spanish kings were of the Habsburg family (or emperors of Austria).
Going back to my playng cards, Last thing I talked to the priest who runs the library from which the book comes and told me about other playng cards found used to create boxes in which they held the chalices for the masses (I don’t know if you understand).
This 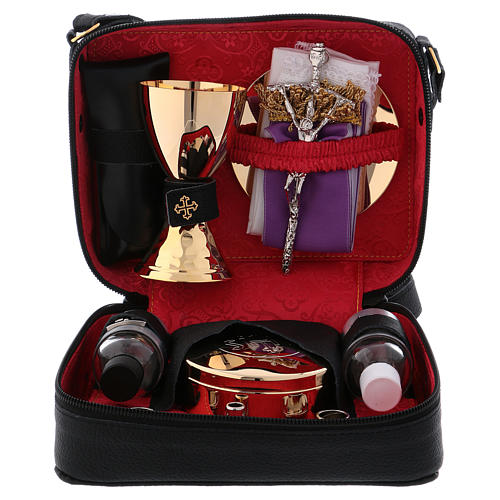 57 by Huck
Yes, I understand. Can you see these cards, the priest did talk about?

By the way ... you don't need to repeat full posts with the "quote" command, that's boring for the other readers.
If you want to quote, then you can take a few lines, that will be enough for the understanding.
I understood the involvement of the Fascist party. I was puzzled by the numbers and the name, that repeated the "carte imperiali" from an earlier time. The number 1445 is nearly the 1443/1444, which are the years, when in Ferrara the most Imperatori cards were produced, compare ...
http://trionfi.com/0/c/02/index.php
So I got the idea, that there might be an unknown playing card tradition of these older Imperatori cards. But death of Caesar / death of Augustus is a competing explanation and probably the true background.
Huck
http://trionfi.com
rosele
rosele

58 by rosele
Huck,I should deliver the restored books in May, I try to see if the parish priest, another small Ligurian village, receives me.

With the librarian we made a reflection, taking into account that the playing cards do not have the watermark, the sheet I joined has no trace and it is strange (the paper mills were obliged to have the watermark to pay taxes) and that in Italy and Europe there were printers who did not have a fixed headquarters called "ERRANTI" in practice they were owners of the characters for printing and the press and for various reasons they continued to move (they could be sought because they had printed banned books, political leaflets against a king or a marquis or simply could not afford a permanent post).
That said, could it be something of limited circulation and on commission?

What interests me very much ... Is there a chance, that the playing card production in Finale started in ca. 1500 or even earlier? The time of 1500 is rather explosive, as far playing card development is concerned.

Firenze was a very secure place for playing card development, the most documents that we have are from Florence thanks to the engagement of Franco Pratesi , but also thanks to the condition, that Florence and Toscana had a very good bureaucracy and bewared lots of documents in their archives. Now we have for the playing card peace in Florence the disturbing situation of 1497/98, when Savonarola burned playing cards. And was burnt himself under conditions, when still other Savonarolists were still active and powerful in Florence. This surely had to do with the situation, that France tried to attack aims in Italy 1494 - 1500 and finally was successful in Milan and also in Genoa. And with Genoa also in Savona and in Finale.
France had in this period late 15th / early 16th century considerable success in the development of a functional playing card industry, which finally led to the condition, that the French suit system became the most used suit system in the world. With this background the observation, that the first Tarot words as Taraux and Tarochi appear in 1502-1505 and first Germini appeared in1506 (as far we know it from our researches) wins a special interest.

Here's the document of 1506, in the article of Franco Pratesi
http://naibi.net/A/IPCS44N1.pdf
translated at
http://pratesitranslations.blogspot.com ... on-on.html 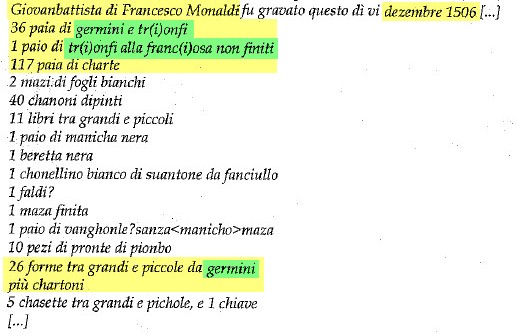 Both are involved with playing cards and they hated each other. Pope Julius was born in Savona and he was bishop in Savona 1499-1502. Then he went to Vercelli and then he became pope. Pope Alexander VI. wished he could capture the cardinal Giuliano della Rovere, but he escaped to France. Giuliano had a lot with the fact to do, that French kings attacked states in Italy between 1494-1500. Alfonso was married to Lucrezia, daughter of Alexander VI. So Julius started intrigues, that Ferrante, brother of Alfonso, should replace Alfonso. Ferrante and another brother went to prison for this. And there they stayed for a long life.
Huck
http://trionfi.com

60 by Nathaniel
Note that there is a monogram on the Libra card (trump XXIIII). In the image above, it looks like G.B but Rosele says that it is actually S.B

Possibly the initials of the engraver? Or the cardmaker?