#1 by robert
My friend Robyn has just announced a new deck inspired by the Tarot de Marseille.
http://tarotnoir.weebly.com/
http://tarotgoodies.webs.com/apps/webst ... how/899935 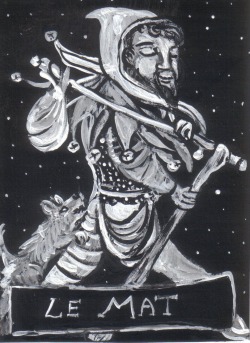 It's a limited edition, (only 100 copies), handmade deck that is getting a lot of raves in the past few days since it was made publicly available. 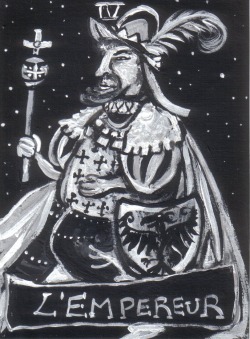 I love the work by this artist, who has made several other decks in the past that are always quite popular. It's playful, but captures the essence of the cards. This tarot is called the Tarot Noir, and is, surprisingly, a monochromatic version of the Tarot de Marseille. I thought I'd let everyone know as it seems to be selling quickly.
The Tarot will lose all its vitality for one who allows himself to be side-tracked by its pedantry. - Aleister Crowley

#2 by debra
She seems to have sold out the discounted pre-orders. One to me

#3 by prudence
One to me too. I had no idea it was a full deck, now I am even more excited! (I had assumed it was a trumps deck)
"...he wanted to illustrate with his figures many Moral teachings, and under some difficulty, to bite into bad and dangerous customs, & show how today many Actions are done without goodness and honesty, and are accomplished in ways that are contrary to duty and rightfulness."

#4 by robert
Congratulations you guys! I hope you love them!
The Tarot will lose all its vitality for one who allows himself to be side-tracked by its pedantry. - Aleister Crowley

Return to “The Library (West Wing)”