robert wrote
(Pssst.. you should check out the Vieville World card)

Now you are just being mean with Noblet. The cards are almost identical. And both obviously shows Christ in Majesty with four evangelist (like on the Speyer gospel image of 1220). With the added interesting detail that they both use the traditional Ecce Homo iconography for Jesus (like on Hieronymus Bosch -Ecce Homo 1496-1500). Actually, Noblet is better because it does not show a naked Christ with his parts showing.

I am still searching a Art image that connect "Christ in Majesty with four evangelist" with "Ecce Homo" outside Tarot. 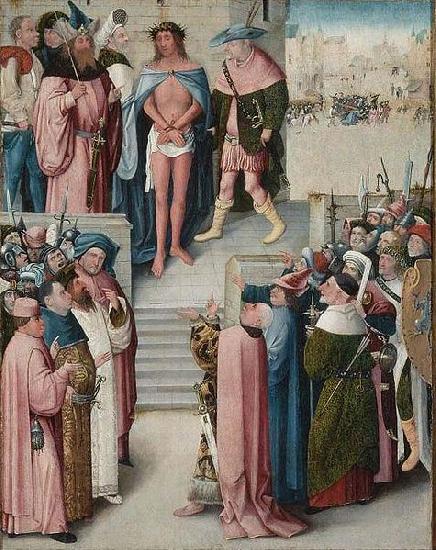 Think about it. Noblet and Vieville work at the same time at the same city. And are both closer to Catholic images that other decks. This must mean something.

But now I am completely out of the Star subject.

What the heck was on the Tarot de Marseille original creator mind ?

robert wrote:
Just to clarify, I'm in agreement that the Noblet is one of the decks probably "closer to the source", and have been arguing as much for many years now. Have you read the threads on the Tarot de Marseille I and the Tarot de Marseille II which discuss differences between what might be considered the Noblet/Vieville/Dodal/Payen type cards versus the Chosson/Conver/Madenié type cards?

Sorry. I've posted my answer before reading this one. And no. There are too much information on this forum and I I've found it relatively recently. I will do my home work. But this thread is becoming much more juicier than i've anticipated.

Feel free to move or delete my off-topic post.
What the heck was on the Tarot de Marseille original creator mind ?

#93 by robert
Well, I might do a bit of housecleaning later anyway, but we generally do wander a bit in threads, I'd rather see the discussions flitter, as it is more similar to conversations anyway. I'd say the advantage goes to Vieville, as the figure has the halo making the identification with Christ more convincing; it's not present in any other deck.
The Tarot will lose all its vitality for one who allows himself to be side-tracked by its pedantry. - Aleister Crowley

robert Wrote
I'd say the advantage goes to Vieville, as the figure has the halo making the identification with Christ more convincing; it's not present in any other deck.

Yes. I think I need to start to use the Vieville as well on my research. The halo is a important clue that is absent on Noblet. But I will keep Noblet as main reference because, for example, on the Sun card, we have a completely different iconography. Noblet is a Tarot de Marseille. And this is my central focus.

I am completely convinced that there is a lost Tarot that is much more clear on the symbolic references to Catholic images. I think you are right that several decks are copies or copies of copies of this original source. On this card, Vieville kept the halo, but his mandorla is much more distorted than Noblet's. On general, the Tarot de Marseille, and particularly Noblet, seems to be more faithful to this lost deck.

I am learning much from you, my friend. I wish I have time to keep up with all the years of accumulated knowledge on this site.

Thanks
What the heck was on the Tarot de Marseille original creator mind ?

#95 by Ross G. R. Caldwell
There are two 16th century descriptions of a World card which suggest it existed as we know it in the Tarot de Marseille since at least the middle of the century.

Francesco Piscina described it in 1565 as: "... a portrait of these four Evangelists, intended and signified by the four symbols, Angel, Ox, Eagle and LIon, who represent those four most famous and holy pillars of the sweet and infallible faith in Jesus Christ."
(Caldwell, Depaulis, Ponzi, eds., Explaining the Tarot: Two Italian Renaissance Essays on the Meaning of the Tarot Pack (Oxford, Maproom Publications, 2010), p. 25)


The Sforza Castle Mondo cannot be reliably dated, but it may be earlier than Tarot de Marseille's with written titles, so late 16th century is not excluded. 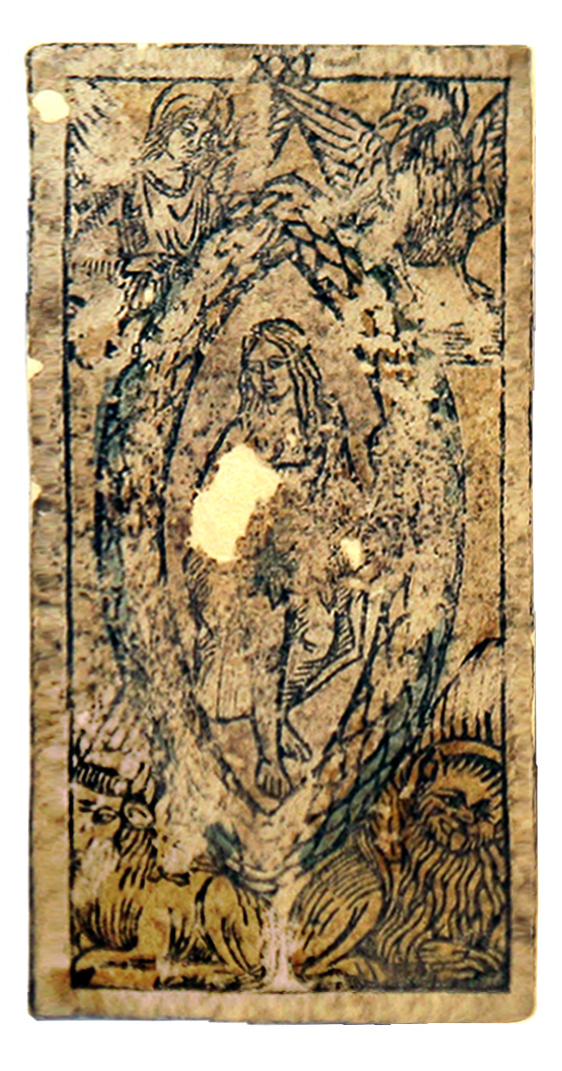 I am trying to avoid the Sforza Castle. But the two other sources that you quoted are strong evidence that the World on Tarot de Marseille is a distortion of the the Four Evangelists.

And the dates seems to give evidence that some Tarot de Marseille cards iconography may have older origins than others.

Also. It seems clear to me that the iconography,the names ( and probably the numbers ) of the cards evolved as possibly 3 separated traditions. I think Pen support this idea also.

Thanks,
What the heck was on the Tarot de Marseille original creator mind ?

#97 by Pen
Catholic, I'm honestly the least historically knowledgeable of anyone here, and come mostly to learn. I do occasionally spot something though, and only hope it's enough to earn me a little place in between the historians.
He's not the Messiah, he's a very naughty boy...

Pen wrote:Catholic, I'm honestly the least historically knowledgeable of anyone here, and come mostly to learn. I do occasionally spot something though, and only hope it's enough to earn me a little place in between the historians.

Pen, I think you're underestimating the value you add to the forum. I always look to your posts with anticipation due to your insights and generosity. Many of us here are hobbyists, (I mistyped that a moment ago and the autocorrect turned it to "Most of us here are hobbits", which is really sort of funny!), I'm delighted that we have several historians who contribute regularly, but I think the contributions of all of the members, with their curiosity and enthusiasm, are what make the forum lively and interesting. I come here to learn too, and have learned a lot from your participation.

Now about those titles and numbers...

You really have hard time to accept compliments. lol. Well, like you or not I learn a lot from you.
What the heck was on the Tarot de Marseille original creator mind ?

#100 by Pen
The perfect smiley doesn't exist for an accurate response to both your posts, but this one is the nearest - it's entitled Very Happy...