#1 by robert
A thread to discuss the iconography of The World
The Tarot will lose all its vitality for one who allows himself to be side-tracked by its pedantry. - Aleister Crowley

#2 by Pen
From French Emblems at Glasgow:

#3 by Pen
Not a strong link to The World card, but often mentioned in connection with it.

From An Introduction to a History of Woodcut (Hind), Vol 2:

The precipice... An allusion to the danger/possibly temporary nature of fame?

I do not think there is a strong link, but I see a relationship between this french emblem and the world of Dick Sheet, which also notes a town or village as the center of the action protected by the angel, so does the emblem showing a protective hand in the sky...

#5 by Ross G. R. Caldwell
Sorry for the quality - this is the best I can find. 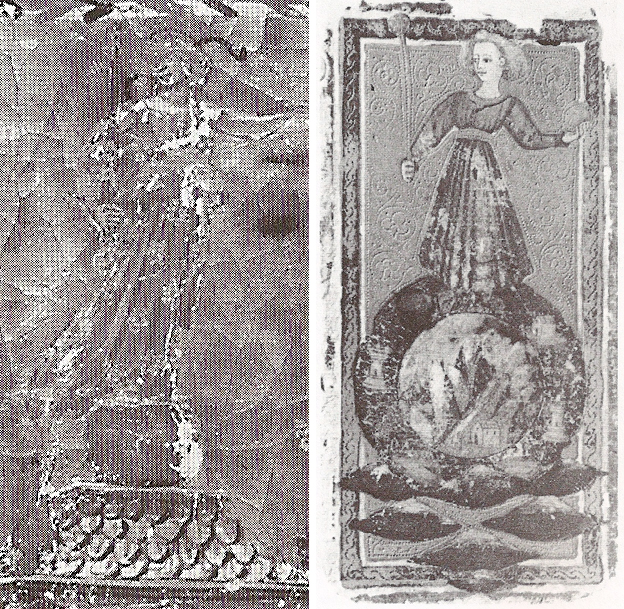 From this version of Petrarch's Trionfi, dated by Helas to c. 1470, and attributed to the workshop of Apollonio da Giovanni. 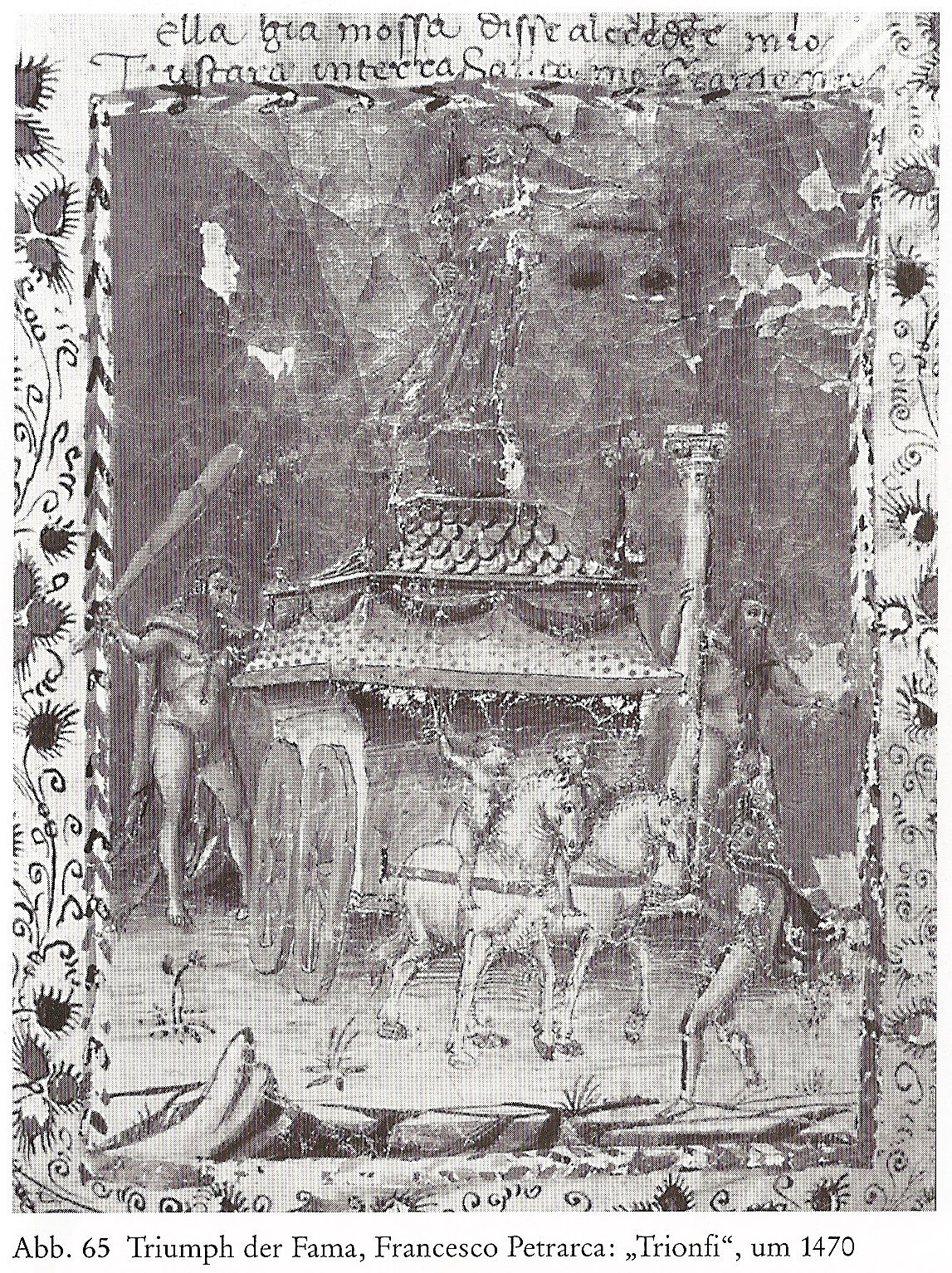 If anyone is competent to mess with the graphic quality, I have saved the Strozzi image as a PSD file at 300dpi as well.

#6 by Pen
An unusual? image of an infant Christ with the four evangelists. I'm wondering if the surrounding sunrays are a pun on 'Son of God', and also what he's holding in his right hand.


Woodcut Attributed to a Young Albrecht Dürer
Basel, not before 1497

The woodcut of "The Christ Child and the Four Evangelists" that decorates this Basel edition of Guillermus Parisiensis's commentaries on the Epistles is executed in a robust manner, especially in its depiction of the Christ Child and the garments of St. John at the lower left. The body of the child is clearly rendered in round contours and by the delicate use of variable parallel lines. The face of Christ is believable, and the spare use of black lines at the neck and shoulders captures a reality completely lacking in the fifty-three illustrations in the remainder of the book. This woodcut has been attributed to artist Albrecht Dürer because the technique used to create it resembles his technique. The attribution is supported by the fact that Dürer made designs for the printer Nicolaus Kesler between 1492 and 1494, when Dürer lived and worked in Basel.

Pen wrote:I'm wondering if the surrounding sunrays are a pun on 'Son of God', and also what he's holding in his right hand.

Hello Pen,
if the engraving is by Duerer, there are other examples by that artist in which Christ is connected to the Sun (e.g. "sol iustitiae").
I think the object in the right hand of Jesus is a scourge: one of the symbols of his passion.

Pen wrote:An unusual? image of an infant Christ with the four evangelists. I'm wondering if the surrounding sunrays are a pun on 'Son of God', and also what he's holding in his right hand.

There are several pagan symbols of worship that morphed into Christianity. The Church doesn't like mention of them. In the Catholic mass, the monstrance would be a good example of this tie-in with the sun.

I do think Christians probably liked the play on words but in Latin sun is "sol" and son is "filius" so no play on words with that.

When English reared up, yes I think you might be right, but not at the beginning. Need I mention the Star Trek episode...no I'm sure you recall the sun/son thing in that. If not I refer you to the second season "Bread and Circuses" episode http://en.wikipedia.org/wiki/Bread_and_ ... ar_Trek%29

Oh look everybody haddock is "gadus" in Latin. How incredibly interesting. Yes, those haddock know how to gadus about, don't they? (Dangerous to browse dictionaries randomly, but I haddock to.)

#10 by Pen
Hey Judy - good to see you! I have incredible blind spots sometimes, and the language aspect is so obvious that I'm just amazed that alarm bells didn't go off as I typed the question. Likewise the scourge, which looks rather like a cat-o-nine-tails. I must count to ten before posting next time (or maybe a hundred or so...)

Like you, I should have chosen an anonymous new username - it would have spared my blushes on more than one occasion...