Re: The Alessandro Sforza Temperance card

I could not find Migne listed in his bibliography, to decipher the "P. L."

"P.L." stands for Patrologia Latina, the overall name of the series (the other big one is Patrologia Graeca)

All of the volumes are online, usually in multiple copies. Here are some links to all of the PL volumes -
http://turretinfan.blogspot.fr/2009/04/ ... -page.html

Here is a list for PG (the main value (for me) of Migne's Greek editions is that they are accompanied by Latin translations in parallel columns, making references easy to find):
http://www.roger-pearse.com/weblog/patr ... a-pg-pdfs/

Nice text reference, btw. It's a good gloss on the card: Temperance "puts out the fire of lustful pleasure" ("libidinosse" should be "libidinosae").

Re: The Alessandro Sforza Temperance card

mikeh wrote: Between Phaeded's analysis of what is in the hands, and mine of what the stag means, I think we now have a fairly complete interpretation of the Alessandro Sforza Temperance card. The extinction of the sexual appetite and a longing for God. In Platonic terms (the Symposium), it is the transmutation of vulgar love into celestial love, Aphrodite Pandemos into Aphrodite Uranos, Göttliche Liebe.

This, it seems to me, is especially suitable for a Temperance card that either immediately precedes or follows the Death card, as it seems to relate particularly to old age, and so the soul just before or after death; in the latter case, not only are the bodily appetites extinguished, but the body itself. 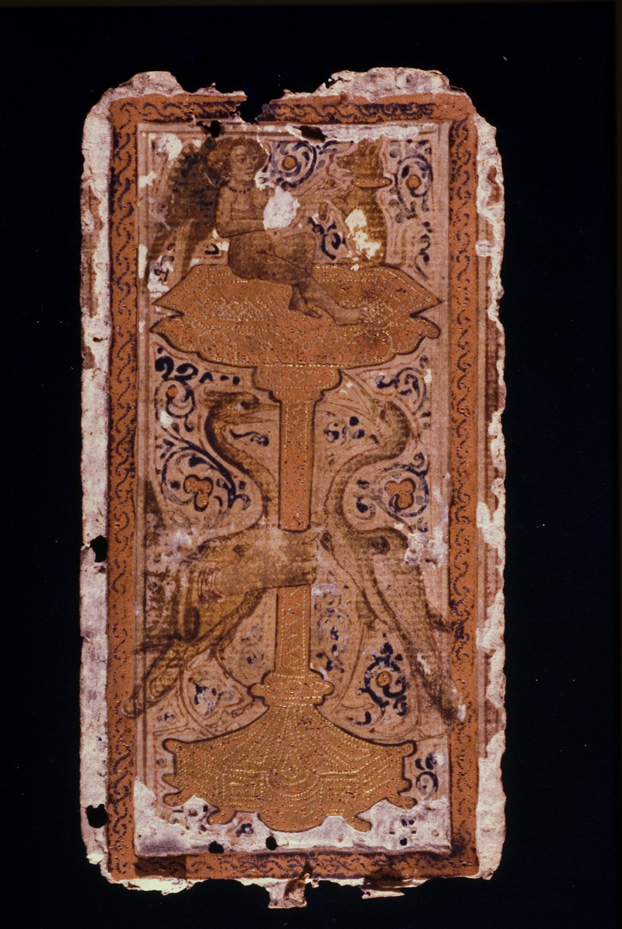