#1 by mmfilesi
This is an important competition. We need to decide which tarot card (pre-gebellin) is worthy the title of Ms. Mr Tarot.In addition to the card, it must be said the reason for our choice.

My candidate is the Death of the Deck Florentina. And the reason, besides their formal beauty, is because it symbolizes the culmination of the principle of equality that was born as result of the plague epidemics of the fourteenth century . It is the principle of democracy 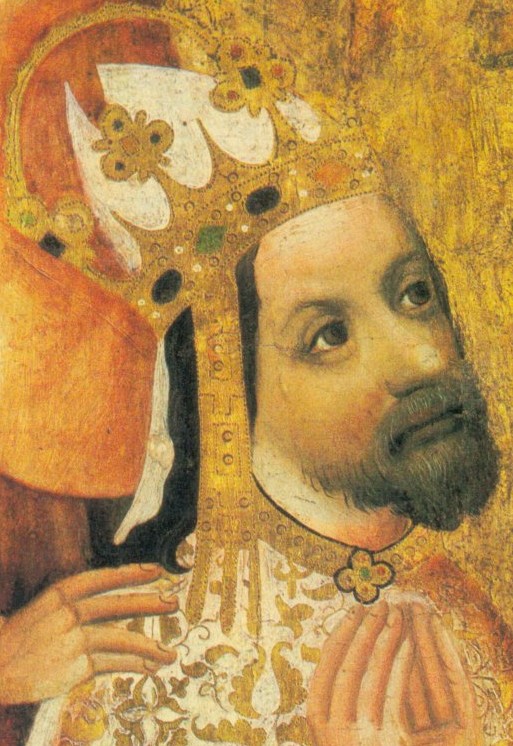 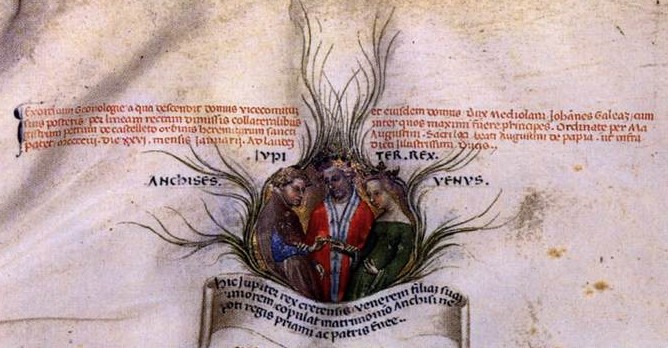 The gods at begin? 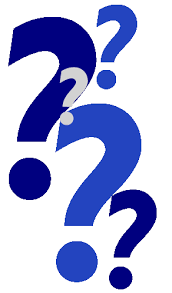 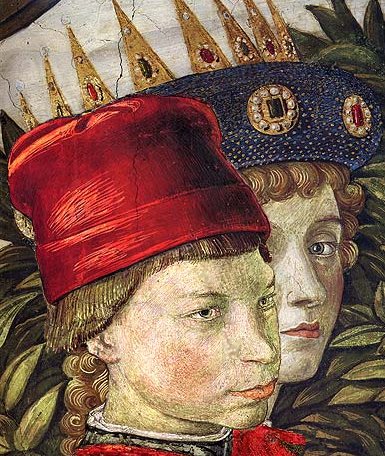 She's my favorite tarot card.
She shatters the dignified Popess mould.
The unknown artist who made her is alive in this card.

And lastly, but most important of all:

She's completely idiosyncratic, yet embodies all the ambiguity and mystery of the tarot itself. She represents for me everything I love about tarot history.

#4 by debra
These are all lovely and interesting cards.

I nominate this King from the Jacques Vieville.

He leaps off the card. There is none more lively.

The card that first popped into my mind when considering the title Ms. / Mr. Tarot is The World from the Jacques Vieville Tarot.

Although, certainly Noblet's version is also a good contender, and the Sforza-Castle version as well. I have many favourite cards, but this one, for me, is so full of mystery, clues and curiosities that I think it best deserves the title.
The Tarot will lose all its vitality for one who allows himself to be side-tracked by its pedantry. - Aleister Crowley

#6 by marco
I would go for "the ultimate pip card":

I love the Sola-Busca deck (un laberinto que nunca será mío): it embodies the huge amount of mystery that will always surround any kind of history. I like it artistically, because I love engravings and renaissance art. Moreover, I find that the images of this deck are very expressive. I am happy that, after half a millennium, this still is the most popular three of swords design! 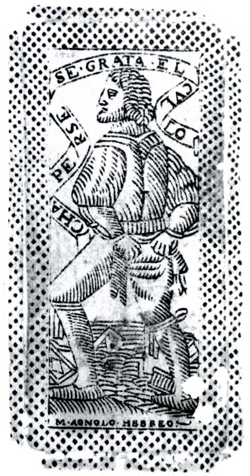 This is the back of a Diavolo card of the 16th century, probably Bolognese. The inscription says "Cha perse se grata el cullo", which I take to mean "The loser scratches his ass".

It makes me laugh - and I like the Devil as well. I think the early Bolognese Devil is really frightening - 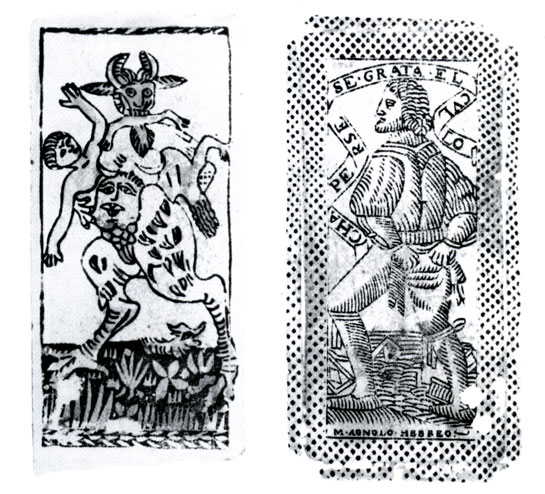 I guess I see Tarot as funny and scary at the same time, as well as frustrating in the nitty gritty of its history - hence "scratching my ass" when something doesn't go right or I just can't find what I'm looking for.

(the Noblet Fool was my other choice - the reason is obvious. But since this Devil card has a front and a back that I like, it won.)

I can't top Ross's backside, but for fronts, my overall favorite is the Sola-Busca Ten of Cups. His face is that of someone who, despite everything, feels blessed. I imagine that the cups surrounding him are his loved ones, either his family or the simple townsfolk he has served so long. Since the colored version I have is not a photograph of the original, I give the black and white photo as well. 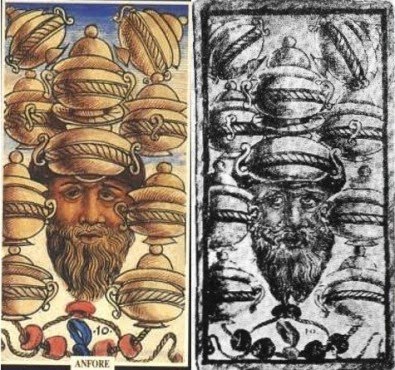 But he doesn't exactly reflect the tarot as a whole, something I would expect from a "Mr./Ms. Tarot." That honor seems to me to go to the Bateleur, with his symbols of the four suits and his theme of magic. The Noblet is probably my favorite, with his phallicism and his odd table across a stream, on which are odd objects suggestive of occult interpretations. His insecurity (given his sidelong glance) suggests that he is young and near the beginning of his quest. Flornoy didn't title his book "Pelerinage des Bateleurs" (Pilgrimage of the Bateleur) for nothing. There is also the PMB Bateleur, with his mystical look, his Eucharistic cloth, his wonderful hat, and just enough of the fourth table leg to tell where it is. 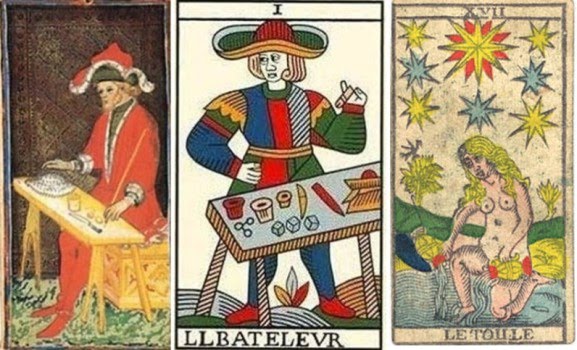 Among tarot females, my favorite is the Conver 1760 star-lady, for the pleasure I get trying to seduce her into revealing her secrets. Otherwise, the Noblet Queens all have a lot of personality, especially Swords for the look she gives her weapon. Her d'Este counterpart is another favorite of mine, for her wistful look as, I imagine, her condottiero husband rides off to war yet again. 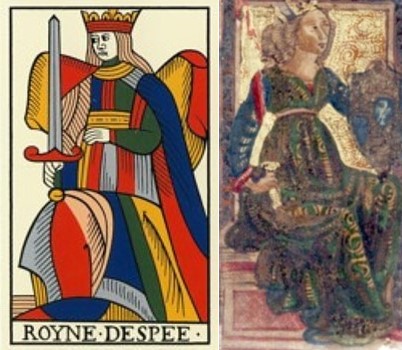