Phaeded wrote: ↑
09 Feb 2015, 16:30
3. Is it not odd that Ercole would feature the d'Este device of the St. Geroge defeated dragon on his coins, but then have the dragon, threatening with open mouth, hovering right above the king's head on the highest trump in the SB? Yes, every element does not have to refer to a dynastic emblem/stemma, but in this case it was featured on the coin of the realm and hard to believe its portrayal on something equally portable as cards would not have bothered that court. The dragon does appear as coopted - the dragon wings on the [SC]Ipeo figure - but not run through like St. George's foe.

It is possible the dragon of the SB is related to the Alexandrian romance cycle - the magician Natanabo, seduces Olimpia in the form of a dragon:

Conception of Alexander by Natanabo and Olympias watched by King Philip - 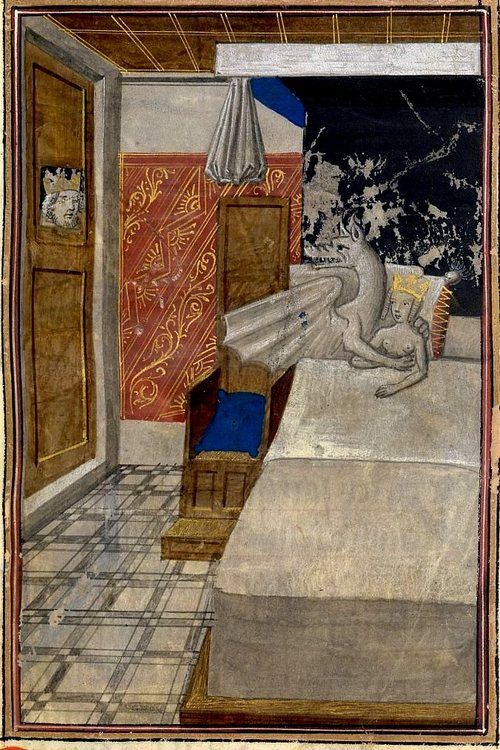 Olimpia with Natanabo as half-dragon half-goat: 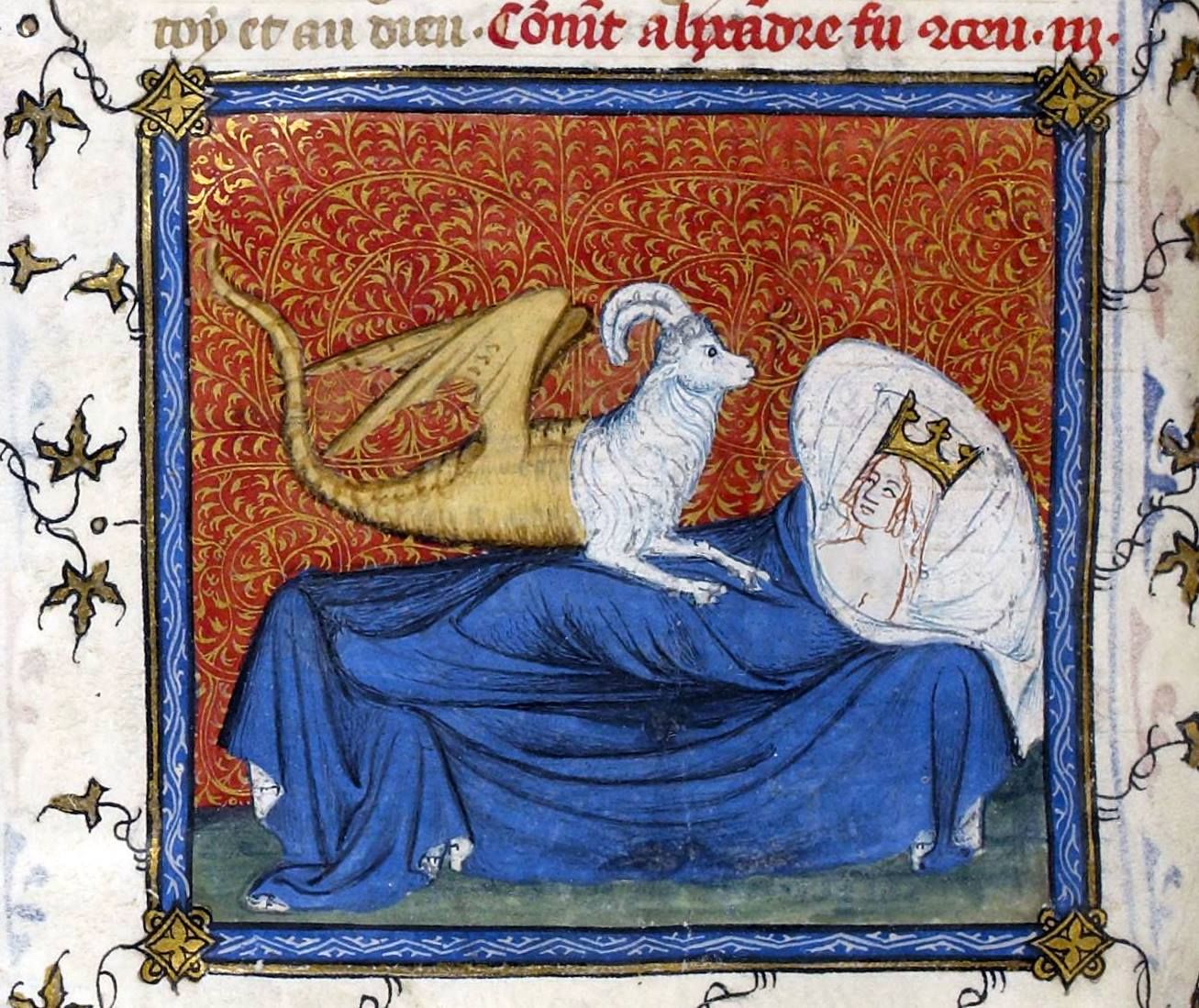 Other illustrations also show the dragon, but not as explicit as the above: 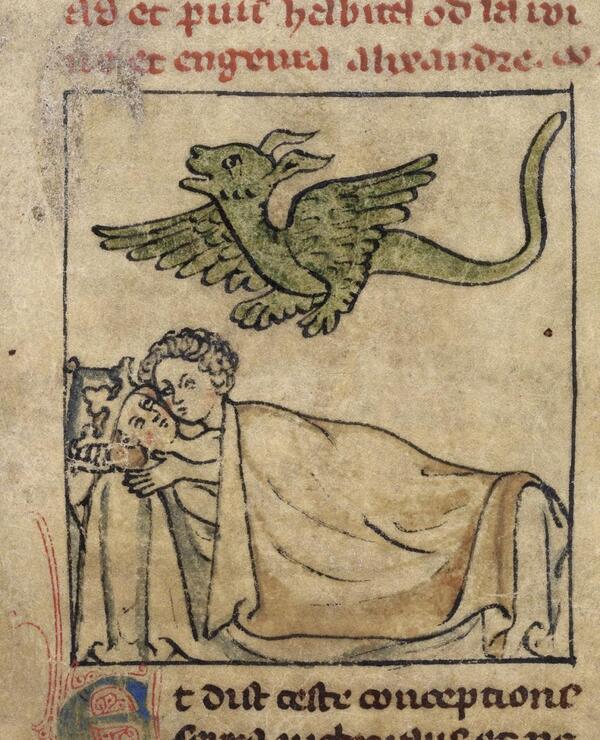 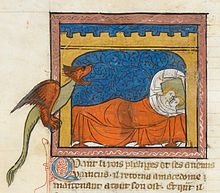 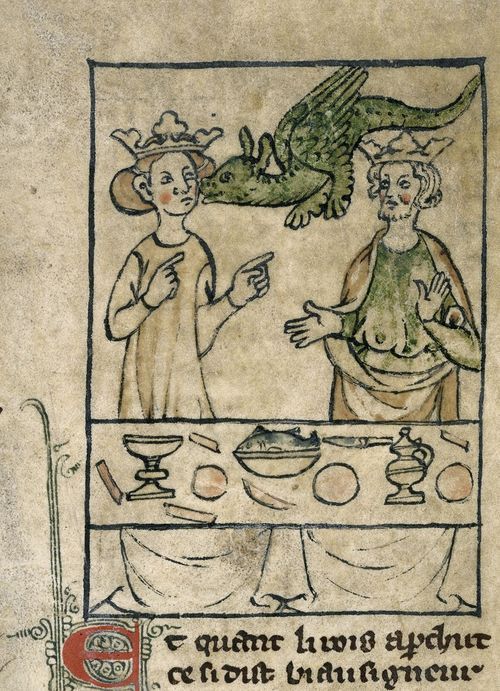 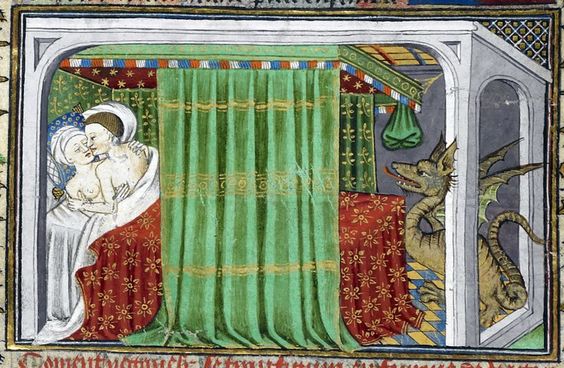 Also, in the Alexandrian romances, it is Alexander not Daniel who kills the Babylonian dragon --
Immature poets imitate; mature poets steal; bad poets deface what they take, and good poets make it into something better, or at least something different.
T. S. Eliot
SteveM
SteveM

Indulge me. I don’t think it is just a coincidence that the only other card with the exact same framing of triumphal swags of garland as the Ace of Cups is the Ace of Clubs/staves, featuring Hercules’ club:
SB Ace of Coins and Clubs-staves.jpg
The two disinterested putti from the Ace of Coins now hold the club where the head should be on the suit of armour.

I believe the Ace of Clubs represents what any collector of Roman coins would recognize as a tropaeum, a Roman War Trophy - in which "the weapons, shields and helmets of a defeated enemy were put on display" -- for example:

The name of those that participated in the defeat may be inscribed upon the trophy -- so is the M-S the name of the victor? - and why is a Venetian's coat of arms on the shield of the trophy (ie, among the defeated?)
Immature poets imitate; mature poets steal; bad poets deface what they take, and good poets make it into something better, or at least something different.
T. S. Eliot

Users browsing this forum: No registered users and 33 guests