A plausible etymologie of the word "TAROT"


The first evening the duke conducted his guests into the theater, and when they had taken their seats, Plautus appeared before the bridal couple and addressed some complimentary verses to them. After this the Epidicus was presented. Each act was followed by a ballet, and five beautiful moresche were given during the interludes of the play. First entered ten armed gladiators, who danced to the sound of tambourines; then followed a mimic battle between twelve people in different costumes; the third moresca was led by a young woman upon a car which was drawn by a unicorn, and upon it were several persons bound to the trunk of a tree, while seated under the bushes were four lute players. The young woman loosed the bonds of the captives, who immediately descended and danced while the lute players sang beautiful canzone—at least so says Gagnolo; the cultured Duchess of Mantua, however, wrote that the music was so doleful that it was scarcely worth listening to. Isabella, however, judging by her remarkable letters, was a severe critic, not only of the plays but of all the festivities. The fourth moresca was danced by ten Moors holding burning tapers in their mouths. In the fifth there were ten fantastically dressed men with feathers on their heads, and bearing lances with small lighted torches at their tips. On the conclusion of the Epidicus there was a performance by several jugglers.

Somebody (?) earlier mentioned the idea, that the word might might refer to a trunk of a tree .... as far I remember. Here we've a trunk, which is the logical center of some bound captives, connected to an Este heraldic symbol (unicorn) and the common triumphal chariot.

If I interpret the chariot as a "(d'Este) Trionfi deck" (d'Este cause the unicorn), which naturally contains "captured" playing cards as long they're in their box or connected by another system (I think of the tackhole), which, if released, could cause a funny dance at the playing card table ... then this might be an allegory on Tarot cards.

If I assume, that a French use of the word "Taraux" (caused by the defeat at the river Taro) was known in Ferrara in February 1502, the foreign word naturally would have caused associations in the Italian language ... if the word for "Trunk of a tree" was similar (I don't remember, what it had been) ...

... then it might have inspired this dance and its show. Unluckily it's not said, how much prisoners made this dance. In the dance before the observer counted 12 dancers, perhaps one might conclude, that it must have been some more (too much to count for the observer). Perhaps there are better descriptions ...

Huck wrote:
Somebody (?) earlier mentioned the idea, that the word might might refer to a trunk of a tree ....

It was me. The word 'tarocch' is attested in the Milanese dialect as meaning 'tree trunk', a geneological 'tree of life' and figuratively as 'blockhead', 'loggerhead' (i.e., a dunce, fool).
Immature poets imitate; mature poets steal; bad poets deface what they take, and good poets make it into something better, or at least something different.
T. S. Eliot

Huck wrote:
Somebody (?) earlier mentioned the idea, that the word might might refer to a trunk of a tree ....

It was me. The word 'tarocch' is attested in the Milanese dialect as meaning 'tree trunk', a geneological 'tree of life' and figuratively as 'blockhead', 'loggerhead' (i.e., a dunce, fool).

hi Steven,
... we have in the dance a connection between virgin/unicorn and trunk.

The virgin/unicorn symbol is also used in the Lorenzo Spirito lot book of 1482 in combination with some pictures, between ... at first view a little bit surprising ... two virgin/unicorns with a different expression in the face and once the unicorn comes from the left, and then from the right. In the book are 80 symbols, parted in 4x20 groups. 2 groups are of special interest: 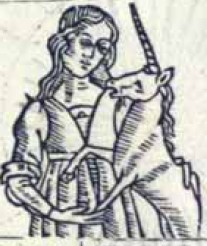 appears as last (Nr. 20) in group 1 (of the 2), which in the analysis presents "before wedding" (the virgin is rather serious, her hair is carefully combed) 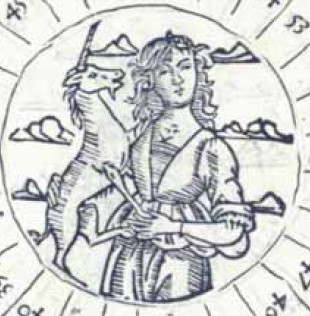 appears as Nr.19 in group 2, which in the analysis presents "after the wedding" (the virgin has a "satisfied expression", her hair is a little bit disturbed) 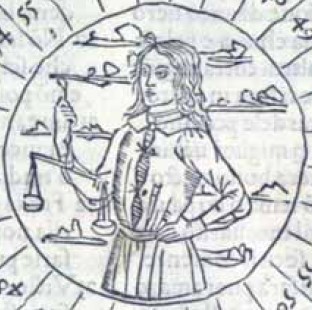 I interpreted the Lorenzo Spirito text as manly connected to love, partnership and marriage, a natural topic for lot book oracles

... the whole somehow connected to a popular Triumph of the Hymeneus, which likely had been relatively common in wedding rituals, especially careful presented in the text for the marriage of Costanzo Sforza and Camilla d'Aragon.

Do you have a link for the place, where you found it? Or a link for your first presentation?
Huck
http://trionfi.com

#34 by mmfilesi
Thanks for the development, Huck.

Please, can you explain this?


We have a Tarocchi game, which shows Rovere heraldic,

Please, can you explain this?


We have a Tarocchi game, which shows Rovere heraldic,


http://autorbis.net/count-leopoldo-cicognara
... Count Antonio Cicognara, from which he reproduced 6 cards, and in the so called Leber Tarocchi

... But, this shield (in the card with children) are not the heraldic Rovere... or?

We need this card in color. We know where are?

#37 by Huck
The heraldic is in this case in the suit sign (alternated batons). Generally a lot of decks and also books were made with empty shield, so that a buyer could fill his own shield in the product to give it a "private, individual character".

We see that for instance in the Alessandro Sforza Tarocchi (Ursino cards). There's reason to assume, that Sforza got a design from Florence, but even exchanged some cards for his own deck. We see this also in the Floetner deck, which survived in one version with Italian d'Este design at the aces.

The backside was filled with German folk songs in four voices, one card for each voice, each suit for a special voice. So this deck was never used for card playing, but for singer training ... .-) 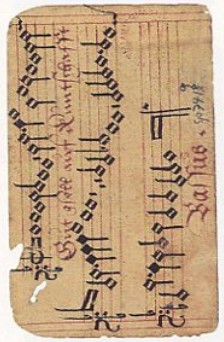 *************
So only the suit signs are the base for the Rovere conclusion. Unluckily I've no better representation for the Leber Ace of Batons, but it seems, that a Papal tiara or something similar is on it (above the shield).
Huck
http://trionfi.com

#38 by mmfilesi
Ok. I understand. Thanks, friend.

We know where are today the leber tarot? (i am going to write him to ask the card with color).
When a man has a theory // Can’t keep his mind on nothing else (By Ross)

We know where are today the leber tarot? (i am going to write him to ask the card with color).

The Rouen City Library houses the Leber Collection, a large collection of books, prints, broadsheets, and playing cards, which were acquired in 1838. The playing cards are kept in three portfolios ("cartons"), with separate additions, and they can be consulted in the reading room (call number: Leber 1351 (portfolios), Leber 1352, Leber 1353). Admission to the library is free (Tuesdays to Saturdays, with closing time from 12 to 14), but an identification is needed. There is an old printed catalogue (published by Leber himself) and an updated short list by Thierry Depaulis.
Musée du Vieux-Marseille
Maison Diamantée
2 rue de la Prison
F-13002 Marseille
FRANCE
Tel: +33 (0)4 9155 1019