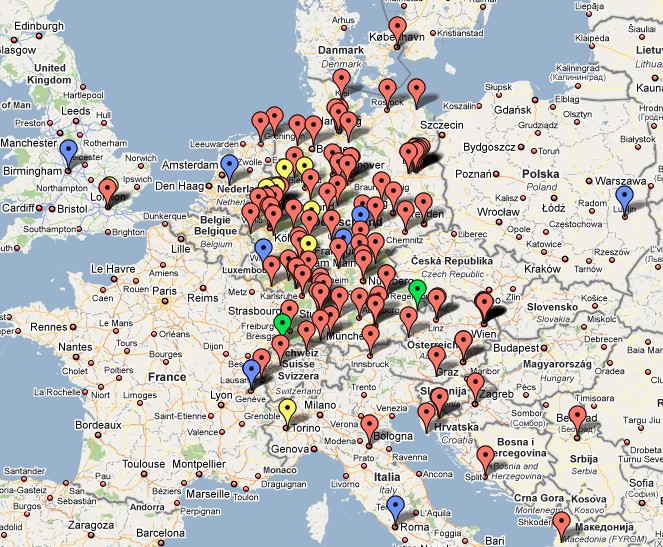 ... so it still grows, jumping slowly to countries with other languages than German.

In Italy - according this article ...

... - had been demonstrations in Rome, Milan, Torino, Florence, Palermo and Naples. 6 students were hurted during one activity in Milan.
Berlusconi threatens to use the police and gets strong critics from other parties.

In Austria the major line of the protests has a broad base and it's often called a "Bewegung" (movement), which shall be understood as a broad social reform not limited to students interests. The general population often gives sign of soladarity. The younger German protest action mostly is limited to concrete student interests, though meanwhile also elder pupils participate and protest against recent unlucky school reforms. Some actions of police and of the local Rektorate are less relaxed than in Austria.
Huck
http://trionfi.com 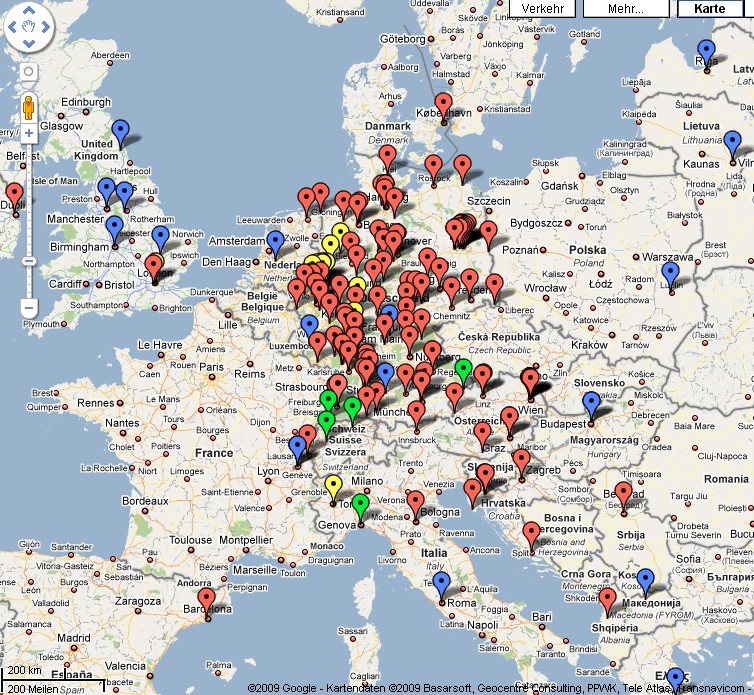 Why I personally see it of some importance to point to this new "Bildungs-Initiative" ...

.. it's strongly connected to new media.
Tarot-History, that what we do, also has improved by the new media "outside" of the regular structure of science and institutions. So indirectly we also present a part of this new evolution.

It starts to become "English"

Attributed to Sébastien Bonnecroy (French, 17th Century)
Vanitas: A skull, a violin, an upturned tazza, books, tarot cards, a fob watch, a clay pipe, a taper, and a pouch of tobacco on a pewter plate, on a wooden table draped with a rug
oil on canvas
33 x 29½ in. (83.7 x 75 cm.) 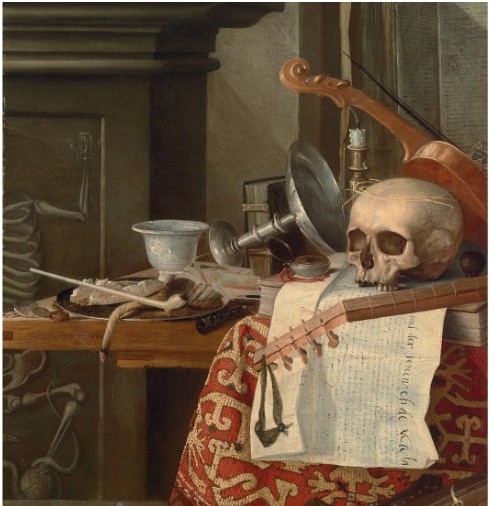 #35 by Huck
A big catalog with many decks and useful data to the decks ... I guess, not known by everybody:

A descriptive catalogue of playing and other cards cards in the British Museum
by William Hughes Willshire, 1876
Huck
http://trionfi.com

Tarot 101: Mastering the Art of Reading the Cards
By Kim Huggens
http://books.google.com/books?id=A_B3eM ... 22&f=false

#38 by mmfilesi
Trionfi.com is the most interesting site about the tarot on the web. Its a wonderful to have all the documents and many interesting studies. Its the Kaplan's encyclopedia of XXI century. But the author must take advantage! (Economic). Lol! Not an advertisement. At least you should include google ads.

(And also it's good to see the most important research in a book ... in paper.). No worry about publishers. First you write the book, then look for a publisher (I do just like that).
When a man has a theory // Can’t keep his mind on nothing else (By Ross)

... which influenced the smaller Arcana of the Catelin Geofroy Tarot 1557. 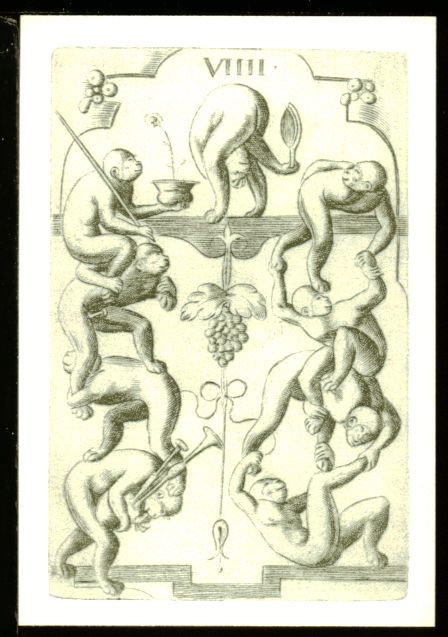 #40 by mmfilesi
Lol! Wonderfull!
When a man has a theory // Can’t keep his mind on nothing else (By Ross)

Users browsing this forum: No registered users and 56 guests