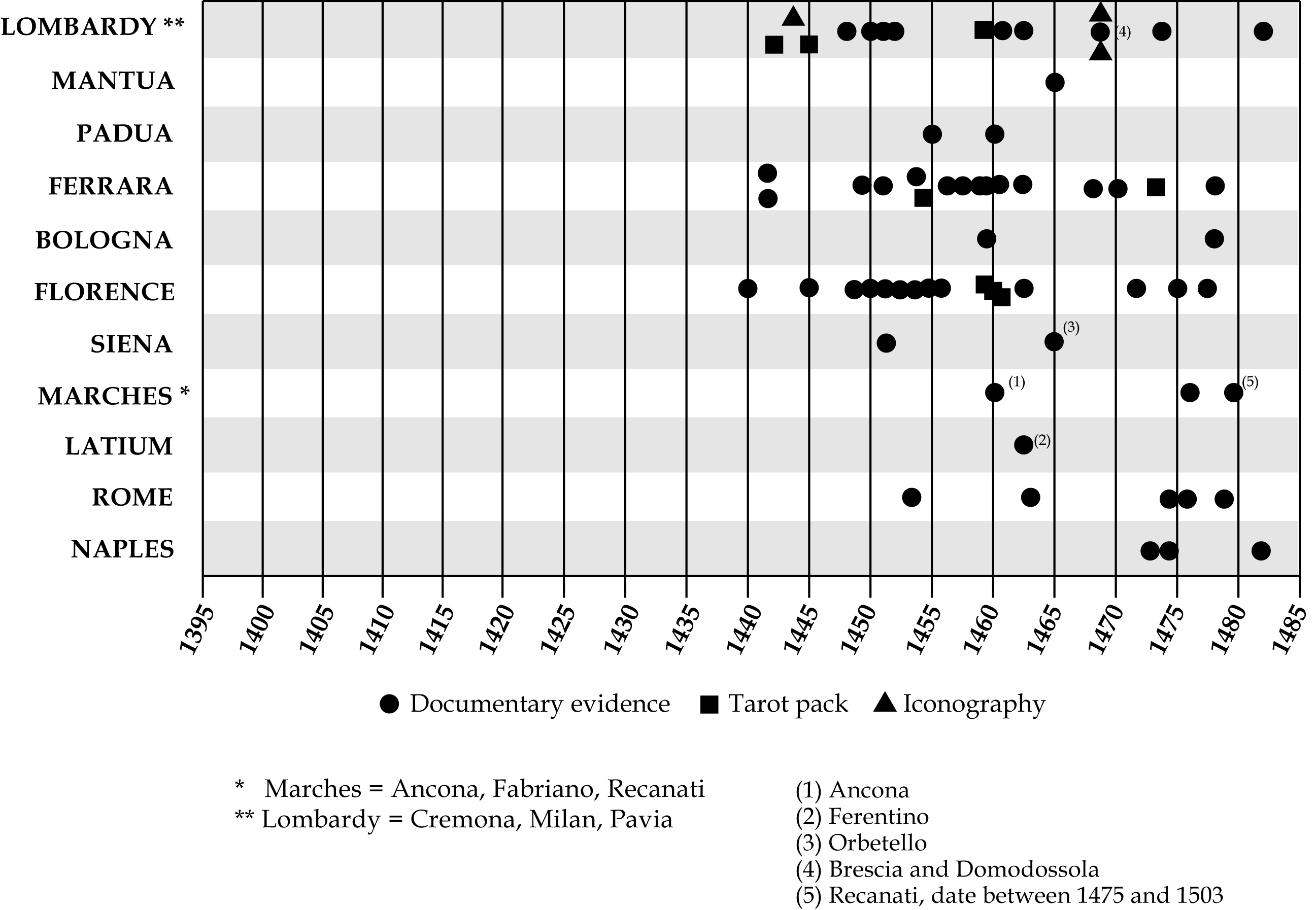 It's the oldest Triunfi document (1453), that Esch had found in his archive. In the recent work of Franco Pratesi this article was the first article, that he published at Trionfi.com, in the following half year he found all the other documents. After that he focussed on the region of Arezzo (15th century, only one Trionfi deck) and mainly on Minchiate (most of these articles belong to a later period ... 17th-19th century).
Huck
http://trionfi.com

Best regards,
Michael
We are either dwarfs standing on the shoulders of giants, or we are just dwarfs.
Marcei
Marcei

#37 by Marcei
Sorry, I have removed my question; it was a premature post. I now have my answer.