#361 by Ross G. R. Caldwell
i suppose my guess for why he chose birds over any other class of animal is that the eagle and columba/turtur were already heraldic for Visconti, so it forced the last one to be a bird too. Juno suggests a peacock, but, for the symbolic reasons you have already suggested, Phaeded, he went with a phoenix, with a unique take on the symbolism.

It is also not implausible that Filippo Maria hated peacocks, given the noise they make in their mating season, which can be at any time. Marziano does mention the "noisy bird."

While Henry is in Milan (before dying within the year at his siege of Siena) he and his knights make vows on a bird (celebrated in a poem at least and tied into a genre that continued to take off through the trecento).

There were 2 poems about 2 different birds, both in context of the emperor crowning and vows. Sparrow-hawk (Épervier d'Europe) and blue peafowl (paon bleu).

Yes, I'm getting to that.

#363 by Ross G. R. Caldwell
In the Saint Petersburgh Semideus manuscript, Filippo Maria's lineage (beginning with Jupiter emerging from the mouth of a dragon of some kind, which may be his father Saturn) shows Venus with dark skin and blond hair, while Aeneas is shown with red hair. Fourteen of the Visconti line before Filippo Maria, starting with Fulcus Comes and ending with Iohannes Galeaz, are shown blond (some are bearded). 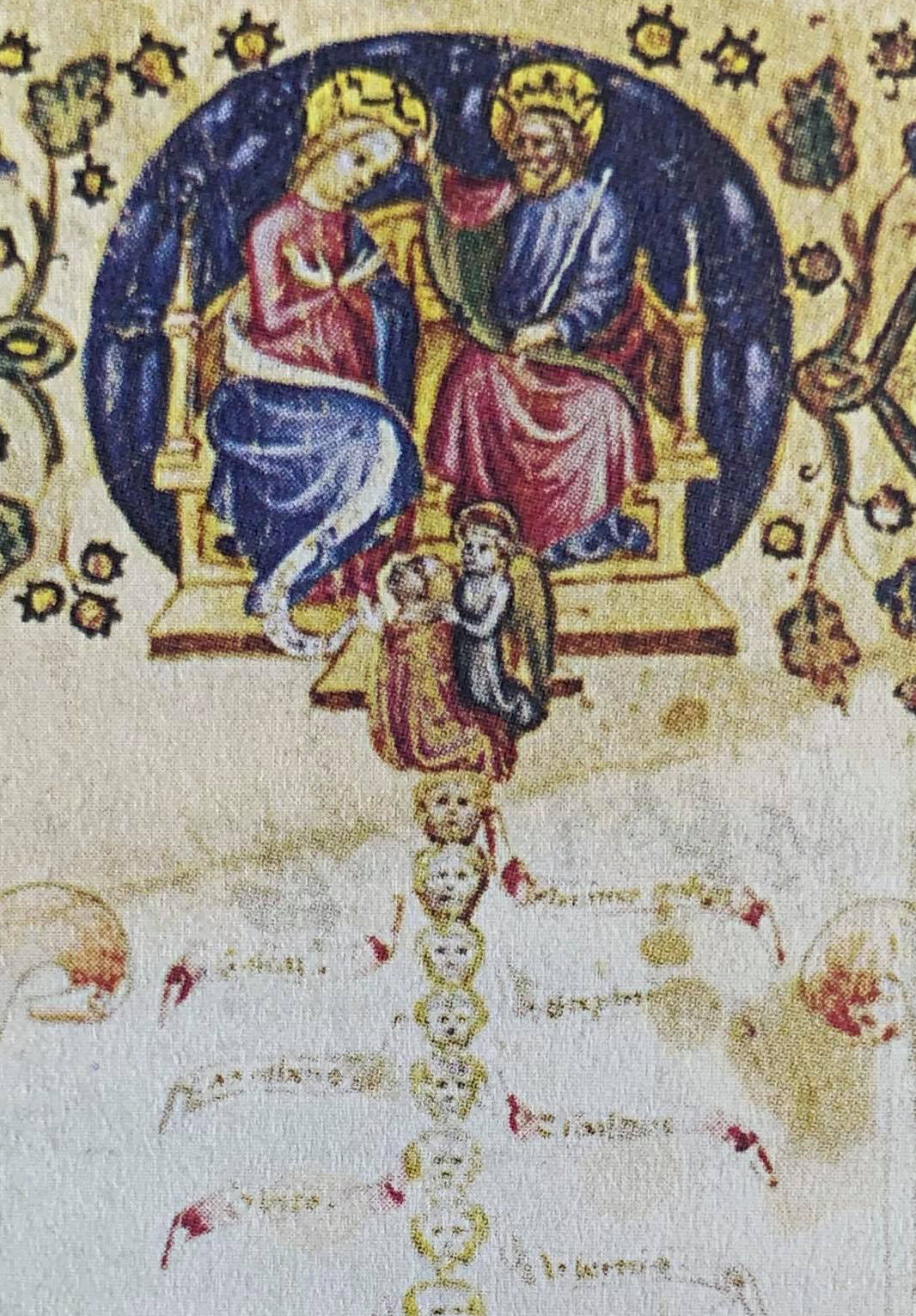 "No pictorial representation of Giangaleazzo in his youth has survived; but we are told that he was tall, well built, and strikingly handsome. He had the reddish hair of the Visconti, and he probably already wore the short, pointed beard which is made familiar to us in later representations."

Bueno de Mesquita does not note any other examples of the generalization. Aeneas, just above Venus in the genealogy, is shown with red hair. Is this trying to show that the Visconti inherited their "reddish hair" from Venus and Aeneas?

But more striking in the genealogy is Venus' dark complexion, and vibrant blond hair.

Does anyone know of medieval precedent for a black Venus?

#364 by Huck
Wasn't it so, that the name Lombards developed from the Longobards? These came somehow from the North, and red and blond hair wouldn't be rare between them. 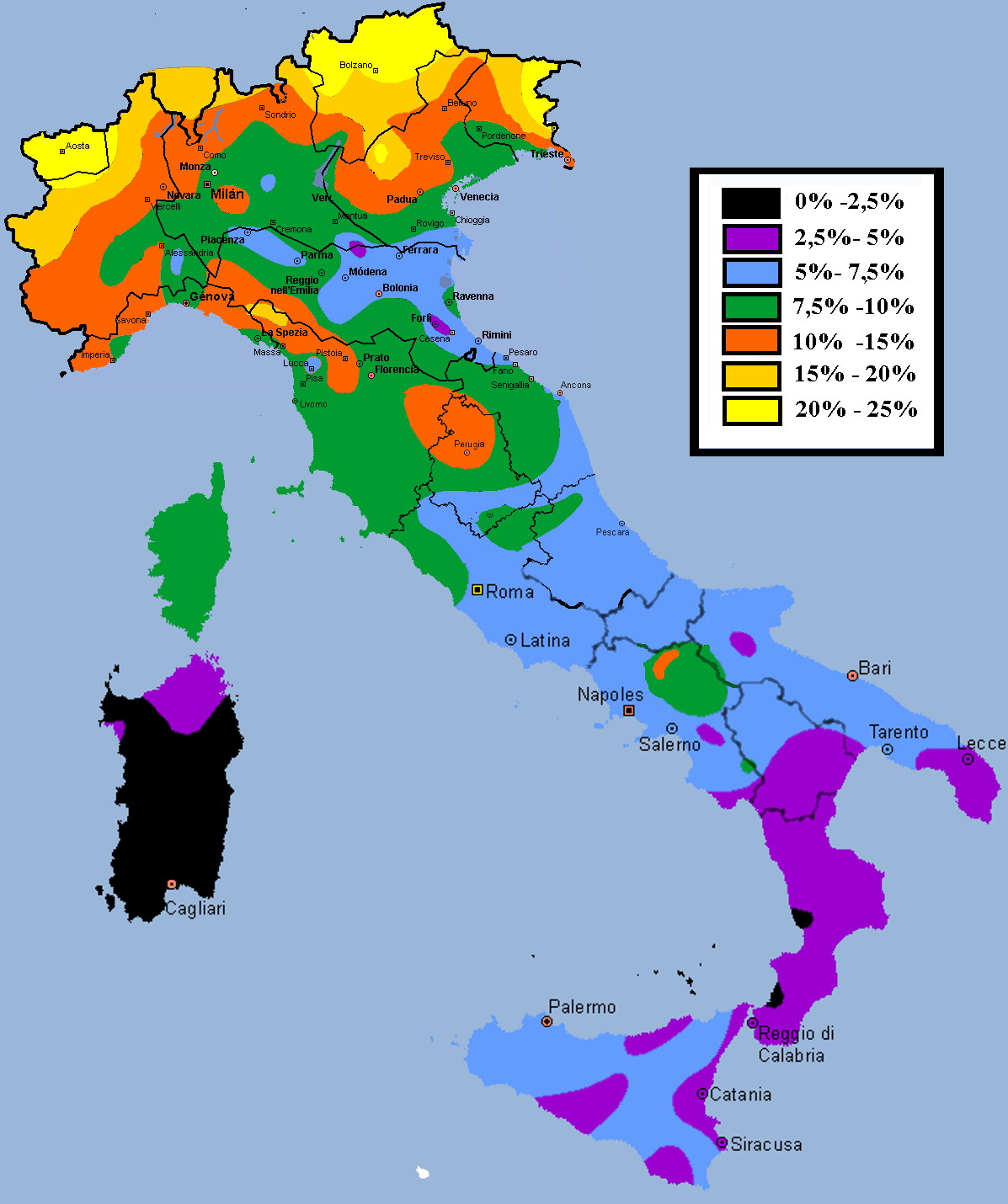 Generally black hair is reported to be genetic dominant . So one may calculate, that in the time of the langobardic invasion there were more blond persons in Italy than nowadays. Likely the langobardic nobility had more inter-marriages and so kept more blond hair than the common Italian population. Beside that there are reported 15th century technologies to have artificial blond hair.
Huck
http://trionfi.com

I have a Franco-Italian friend, last name Albanese, who has a little Sicilian background, but he is tall and has light, curly hair, like all his siblings. He says "Northern Italy is Germany." But he is definitely more Germanic than Sicilian or Calabrian.

Yes, the Visconti traced themselves to the Lombards, and are always portrayed with blond hair. Or "reddish-blond." Their attested genealogy does earliest place them in the hills above Lago Maggiore, now in Switzerland.

What I can't find is any precedent for Aeneas with red hair, or Venus as dark-skinned. Michelino makes Venus a blushing white girl (with blond hair of course), and Aeneas is uncoloured, like a coin or cameo on a medallion, like all of the rest of the genealogy until Stefano Visconti, on the last page. Giangaleazzo's hair on that page is more light brown than blond, but it could be an effect of the reproduction.

Ross G. R. Caldwell wrote: ↑
23 Jul 2020, 18:01
In the Saint Petersburgh Semideus manuscript, Filippo Maria's lineage (beginning with Jupiter emerging from the mouth of a dragon of some kind, which may be his father Saturn) shows Venus with dark skin and blond hair, while Aeneas is shown with red hair. Fourteen of the Visconti line before Filippo Maria, starting with Fulcus Comes and ending with Iohannes Galeaz, are shown blond (some are bearded).


I'm puzzled by the picture ... I can identify the black-blond Venus and I see a written "Jupiter" below Venus related to another figure (indeed difficult to assume an "Aeneas"). In your description Jupiter is on top. 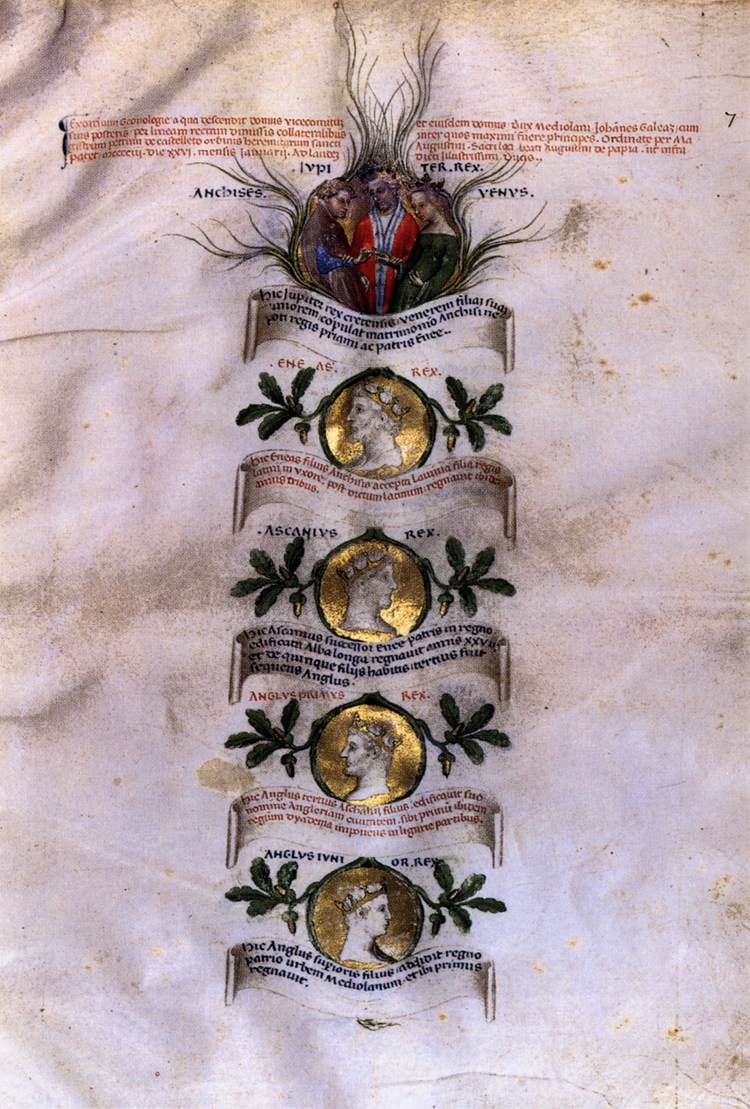 ... but this is another manuscript.
Huck
http://trionfi.com

#368 by Ross G. R. Caldwell
No, it's the same list of names, just Anchises is missing. It goes Jupiter, Venus, Aeneas, Ascanius, Anglus, Anglus Junior, Ascanius, Abida, etc. You can see it when you know the names.

The list was fixed almost a hundred years earlier, when Matteo Visconti was eager to link his family to the legendary and hereditary rulers of Lombardy. 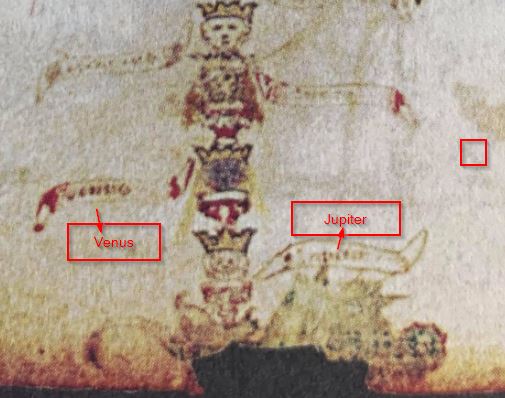 I recognize Venus and Jupiter. If my reading is correct, then it is not identical to the other list.
We have the other list here: http://trionfi.com/visconti-genealogy

#370 by Ross G. R. Caldwell
Who must be between Venus and Ascanius?

You know it says "Eneas," but you're just fooling around. 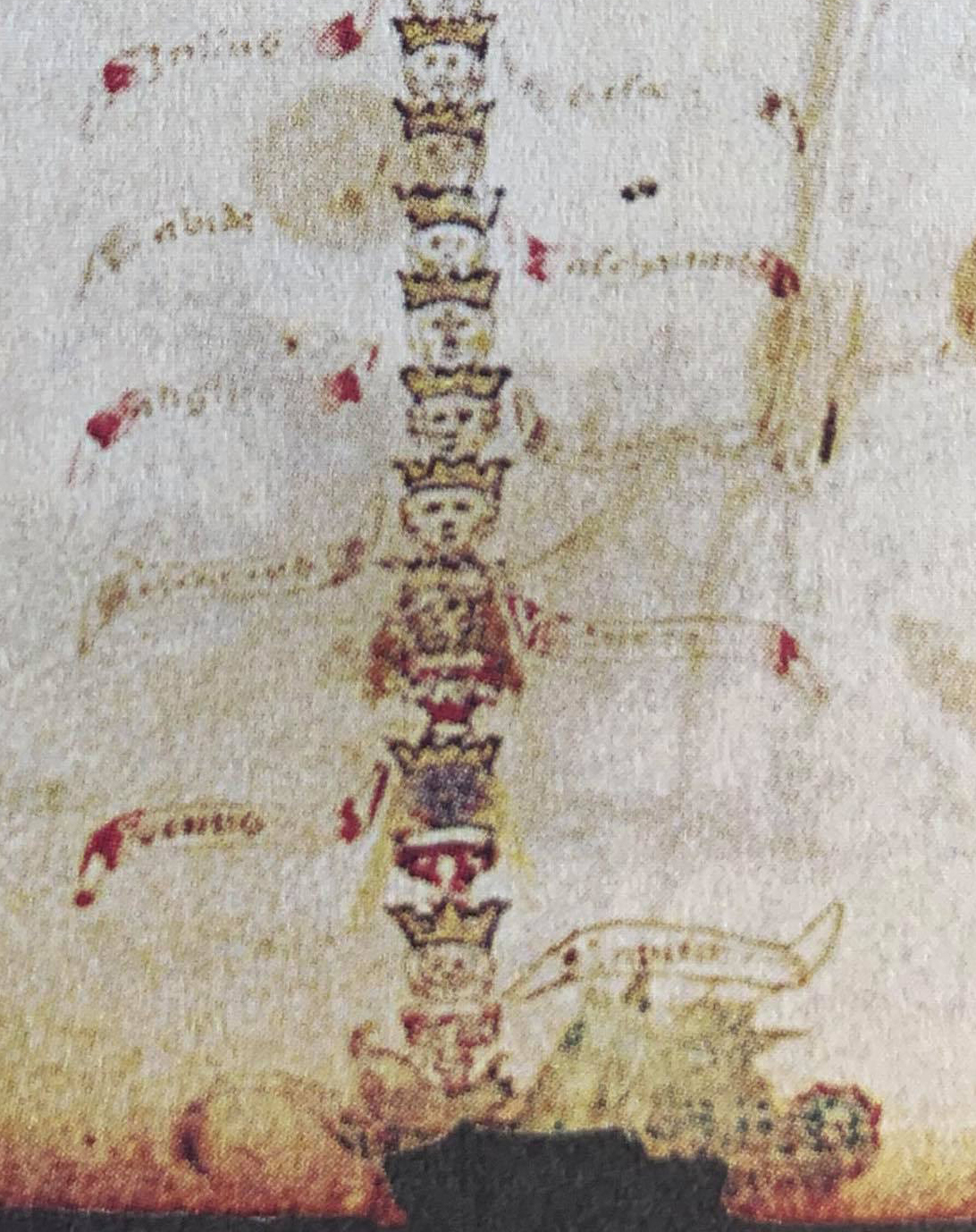 especially Übersicht 11 on page 232, for the evolution of the genealogy (actually not an evolution over much time, but just the genealogy as it appears chronologically in a sequence of connected texts, sometimes by the same author, Galvano Fiamma).

Users browsing this forum: No registered users and 15 guests